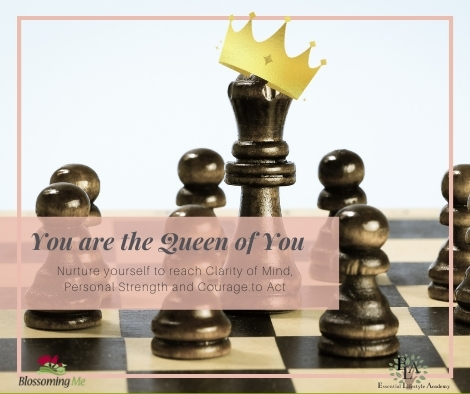 Today, all over the world, is the Jewish holiday of Purim.

As you know, Alexis and I love being inspired by amazing, successful women, who are moving ahead by nurturing themselves. Today I was prompted to write about the star of the Purim story, Queen Esther. In this post, I’ll share 4 things I learned from Queen Esther, about being an influential woman.

In the story of Purim, our heroes, Mordechai & Queen Esther, save the Jewish people from Hamon’s evil plan to annihilate all the Jewish people. In the story, the King’s new queen, Esther, who is also Mordechai’s niece and ward, plays a crucial role in changing the King’s mind. She manages to have the decree that Haman had convinced King Achashverosh to agree to, reversed. Ultimately, instead, killing Haman.

In the bible, there are not many women described overtly, as public figures, the ones to take the initiative, or to do something so impactful. So I delved deeper. Here are the 3 most profound things that Queen Esther’s story taught me. Courage is about facing our fear and taking action in spite of it. It is about taking our life into our own hands, making decisions, sometimes tough decisions, and acting on them.

Queen Esther showed her courage when she risked the wrath of King Achashverosh, to speak with him and beg him to spare the lives of her people.

We see Esther’s courage, not only in taking action but also in how she goes about taking this action. Whilst it is Mordechai, Esther’s uncle and guardian, who discovers Haman’s plan to destroy the Jews, and he who comes to Esther, asking for her help, to beg the king to save her people. So someone whom Esther strongly respects and would likely do anything to help. What Mordechai doesn’t do, is tell her how to do this.

It is Esther who has the courage to take time, to pray, to focus and to plan. She prays and fasts for three days, to clear her mind. She strategically and patiently plans two feasts before making her request to the king. Demonstrating her patience and forethought as well. Finally, she follows through with these plans, holding the feasts and then pleading with King Achashverosh to save the Jews. Truly showing her courage.

Stepping outside of our comfort zone takes courage.

Initiative is all about personal responsibility and more importantly, our ability to respond.

We see Esther’s courage throughout the story. In taking time to pray, to plan and to act. It takes the whole process to get the results and free her people, the Jewish people, but without her initiative in taking those actions steps, she would not have achieved what she set out to do. Without Esther’s initiative and her ability to respond and take action, the story of Purim may have had a very different outcome.

My personal takeaway is that planning is the first step and planning is imperative, but planning without the follow-through of action doesn’t get us anywhere. Without action and our personal ability to take it, initiative, our best, most well thought out plans cannot bear fruit, won’t give us the results we’re looking for. Actions, no matter how small they might feel, are what takes us towards our desired outcomes in life. Focusing on action, even small action steps, are our key to being able to respond in life and get to where we want to go. Esther’s actions were driven by her love and respect for her uncle as well as her people. When Mordechai comes to her, requesting that she go to the King and beg him to spare the lives of the Jews, she is scared, even terrified. She knows she risks her life just to approach the King, without being summoned by him. Still, she seems to need more than a gentle pointer from Mordechai, for the implications for her own life, as a Jew, sink in. Ultimately though, the decision is her’s to make, and she chooses to allow her actions to be driven by her values.

My personal takeaway is that the more true to our values, our actions are, the more powerful and laser-focused they become. Similarly, I have found, the less often I follow actions that really don’t sit well with me, or get tempted by them and spend time making decisions around them the less energy I lose. Actions are either in alignment with us, what we believe is important and who we believe we are, or they are not. When we try to act in a way that is not in alignment with our values, it drains our energy.

When we are true to ourselves, we let our unique, authentic selves shine. we are stronger, more vibrant and filled with more energy.

Nurturing Yourself to reach Clarity of Mind, Personal Strength and Courage

At the time that her uncle, Mordechai charged Esther with the task of saving her people, she was forbidden to speak with the King. The only way to speak with the King was to be personally invited. To build her courage and her plan, to woo the King’s attention and affection, Esther spent 3 full days praying and fasting. This helped build her strength of belief in G-d and herself, boost and focus her energy and attention to resolve the situation peacefully and respectfully, and give her the courage to follow through.

My personal takeaway is that so-called “selfish acts”, of taking time out to look after our bodies and minds, through prayer, meditation, preparing and eating good, clean foods and other activities that nurture and strengthen our bodies, are actually essential to us having the body, the results and the life, we ultimately want. I learned so much from Queen Esther, about supporting and positively influencing those around me, by nurturing myself. Remembering that I am the Queen of Me, and my best self will come out, with clarity, focus and strength, the better I nurture and look after myself.

Wishing you a happy Purim!

And an amazing year of personal strength and courage, to take your most impactful small action steps.

What would you do if you could clear your mind enough and boost your courage enough? Start own business or side-hustle? Leave your current job? Begin a new relationship? Begin a healthy body / healthy life habit or program?

Please comment below, we’d love to hear from you!